The economy of almost all countries around has been negatively impacted due to the coronavirus pandemic. The Netherlands was hit with a recession as well, which caused companies to cut back on spends and even let go of employees in some cases, raising unemployment numbers in the country.

Now, with the lockdown easing up and things getting back on track, companies are hiring again.Especially the fintech sector has fueled growth in the job market, so here are some open vacancies in some insanely fast-growing Amsterdam-based fintech companies.

Adyen is one of the biggest payment processing companies with a market cap north of €40 billion. It is looking for fresh talent to hire, and at the time of writing this article, there are 55 open vacancies available at the company’s job portal, which you can check out here. Adyen helps businesses with its payment platform, which enables merchants to accept payments in a single system so that their revenue grows via online, on mobile devices, and at the point of sale.

The company says it has registered zero fraud cases since the service had launched. After raising a notable €50M in a new financing agreement, the company is on the lookout for new additions to its team. You can check out the open job profiles on the company’s careers page here.

Amsterdam-based payment services provider Mollie recently joined the fintech unicorn club after it raised €90M in its series B funding round. The company was launched in 2004 and is one of the leading payment processors in Europe. It facilitates companies of all sizes to build their business by allowing them to use different payment methods such as Apple Pay, credit cards, PayPal, Klarna, and iDeal among others. You can check out open positions at the company here.

The Amsterdam-based online car damage repair platform, Fixico raised €7 million in its previous funding round  early Lyft investor from Autotech Ventures. The Dutch (insurtech) company offers a digital platform that seamlessly handles car repair for consumers, insurers, and fleet owners, offering them complete control at every step in the repair process. The company has grown further since its last funding round and is now looking for new team members to expand its local and international footprint. You can apply for jobs at Fixico here.

Ohpen is a Dutch fintech company that claims to be the world’s first SaaS core banking engine that runs entirely on the cloud. The company aims to liberate its customers from their legacy systems, and its service is available as SaaS or BPO. The startup also recently acquired mortgage fintech Davinci to extend its core banking product range into the mortgage market. You can check out open positions at the company here.

Amsterdam-based unicorn Bitfury is a full-service bitcoin and blockchain company that is a security and infrastructure provider for Bitcoin and Blockchain. The company launched its AI unit a while ago, which operates alongside its blockchain services. CEO and co-founder of Bitfury, Valery Vavilov also shared his insights on how blockchain is changing the tech world in Europe, which you can check out here. There are also new job postings on the company’s career page.

Bunq is one of the established players in the digital baking scene. The company is trying to reshape banking by making it digital, and it announced the third revamp of its app Bunq V3, a few months ago. The company added a host of new features with the update, which are aimed at enhancing usability. Additionally, a new feature will enable users to donate for any charity they want to support. You can apply for open positions at the company here. 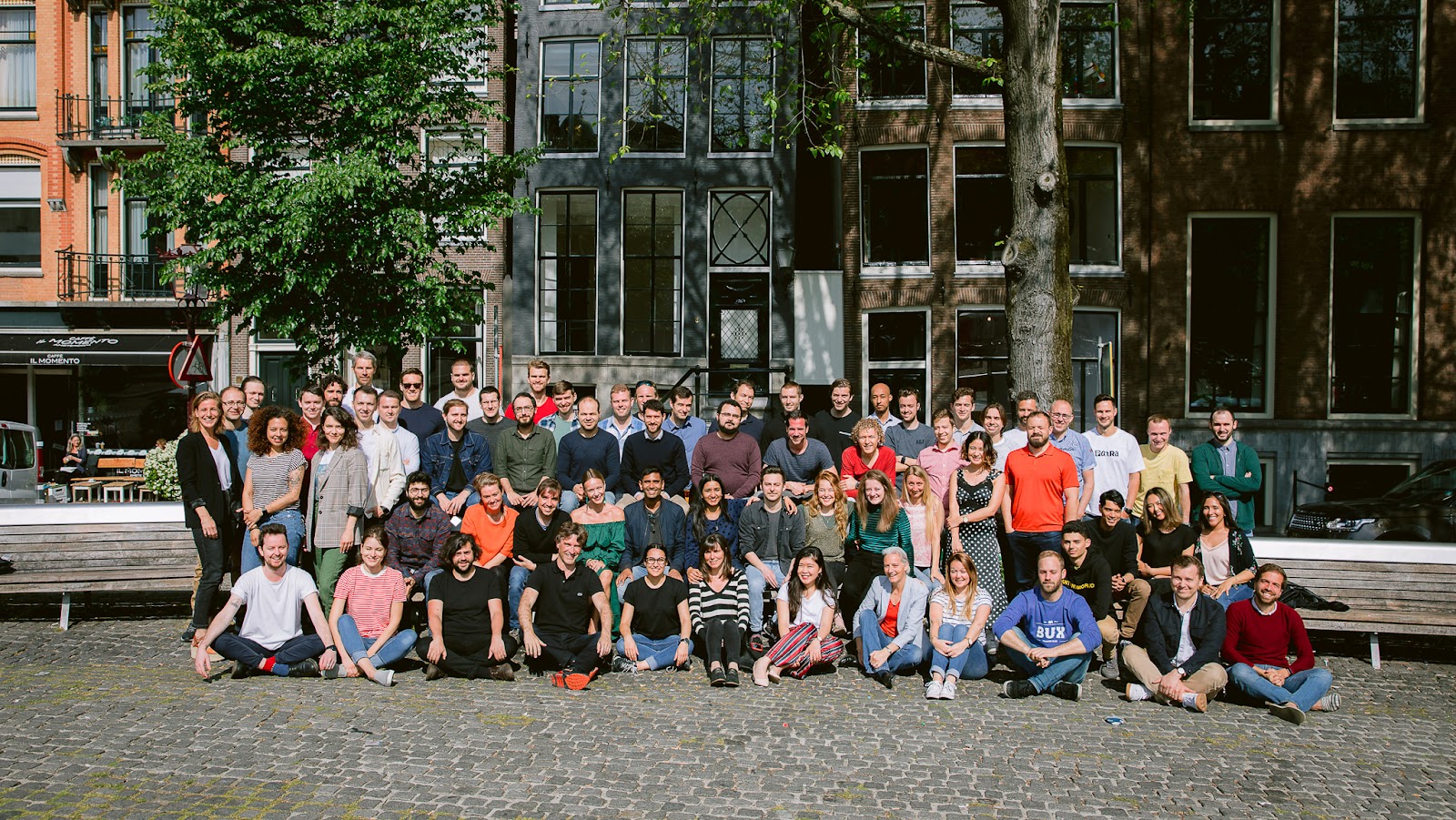 The online commission-free investment platform Bux is an Amsterdam based company, which achieved the title of being the biggest neobroker in Europe. BUX was founded back in 2014 by Nick Bortot in Amsterdam, and it aims to make it easy and affordable for users to invest in the market. You can check out jobs available at the company here.

This article is produced in collaboration with StartupAmsterdam. Read more about our partnering opportunities.